Bike & Beer with baby onboard

Difficulty
Easy
Total ascent
70 meters
Distance
20,70 km
Go back
Add to my travel
Simple itinerary suitable for the whole family between cycling routes from ancient mills and tasting in the brewery

Ring excursion on a mostly flat path, departing from the center of Torgiano (PG) at the La Torre car park (there is an electric car charging point in the car park) near the Baglioni Tower, symbol of the village of Torgiano, which represents the emblem of the medieval city.

Until the mid-fifteenth century, the Baglioni Tower in fact constituted the entrance to a customs area, where the goods and products of a vast area of ​​central Italy converged and embarked for Rome across the river Tiber. After the recently renovated Baglioni Tower, head towards Corso Vittorio Emanuele II, the main street in the historic center of Torgiano. After the Palazzo Comunale (on the left) and the Oratory of Sant'Antonio (on the right) - built in the 15th century, in conjunction with the foundation of the Confraternity of Sant'Antonio, where outside, you can admire a 16th century fresco depicting the "Madonna with Child", attributed to the school of Domenico Alfani, a well-known Perugian painter of the first half of the sixteenth century, a pupil of Raphael - we proceed to the end of the Corso, where a sharp bend to the left takes us to Via Tiradossi, from where it is possible to access, turning right downhill after about 200 meters, to the Tiber River Park, an evocative route that winds along the Tiber River to the point of its confluence with the Chiascio.

This area called "Parco dei Mulini" or "dei due rivers" is today a river park, which takes its name from the presence of ancient mills for grinding wheat and olives, still clearly visible along the route. At the end of the descent, turn right onto the asphalted road in the middle of the green for about 500 meters, and then turn right immediately after Via Tevere.

The view opens onto the countryside, while the route continues until it crosses the Provincial Road SP403. As soon as you pass the crossing, continue straight on the dirt road where you begin a tour around a large vineyard. The dirt road allows you to admire the village of Torgiano from below, along Via Perugia, always keeping to the right, the loop around the large vineyard ends to cross the Provincial Road SP403 again, along a small part of the road already made on the outward journey ( about 400 meters), up to the deviation to the right that leads to an increasingly close proximity to the Tiber River on a dirt road, reaching the confluence of the Tiber and Chiascio rivers.

On a dirt road you now continue along the course of the Chiascio River, skirting the ancient mills of which the territory is rich: the Molino della Palazzetta still active today as Molino Silvestri, with the ancient method of the driving force of water and with stone millstones. which allow the production of fine flour, bran, tritello and trivellino; it is located within what can be considered a rare find of the oldest historical and cultural tradition of this region: the only fourteenth-century tower in Umbria that stands in the middle of the water for about three floors. Upstream of the Rosciano bridge, we find the Molino, now owned by Orcidi, transformed into a private home after the nineteenth-century deviation of the course of the Chiascio; downstream of the bridge, with a medieval tower, stood a grain mill. Before arriving near the bridge of Rosciano you can admire the waterfalls of the Chiascio River and the Spiaggetta. Further on, turn left onto Via dei Mulini and then go up left onto Via Olivello from where you return to the La Torre car park.

From here continue retracing the green path between Ponte Nuovo and Deruta, skirting cultivated fields and retracing, even if only in part, the Tiber cycle path, which from Deruta leads to Marsciano and Todi.

We will leave the cycle path only to return to visit the historic Brewery - BIRRA PERUGIA.

Fabbrica Birra Perugia is a historic brand, founded in 1875 and restarted in a contemporary key in 2013, which sees a combination of passion for beer and love for its territory. So much so that in 2016 it became the BREWERY OF THE YEAR.

Inside you can taste various lines of beers, including KIASCIO beer, the emblem of our itinerary. New entry of the brewery tells of water and wheat at KM 2. 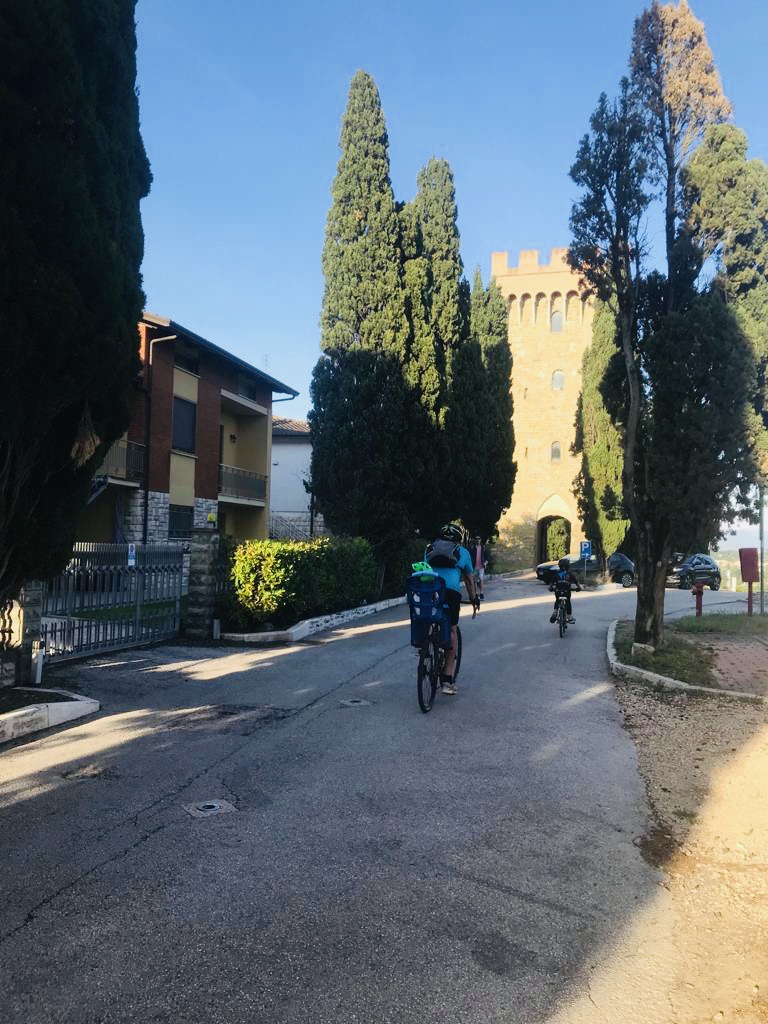 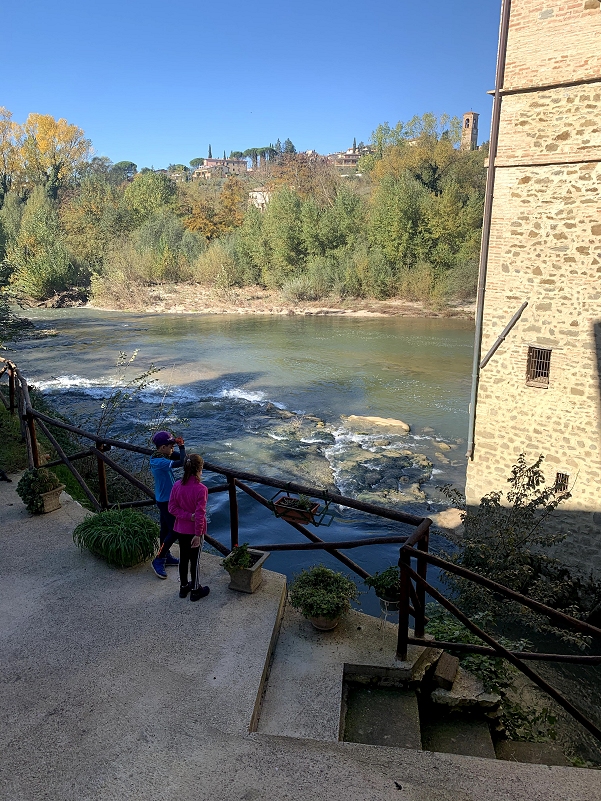 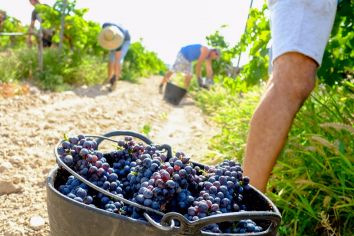